This was my most recent project for Cannon Distillery in Charleston, SC. The distillery was working on a new project that involved aging their signature vodka in whiskey barrels. For the new line of products they gave me the opportunity to depart from some of the styles we had established. I’ve been very interested in the kind of stark and bold designs I see on some independent brewery labeling, and I tried to incorporate that in these designs.

This is the final version of the design. Minimal but still very impactful. I still included elements of the original branding, but with an emphasis on clean lines and a bolder design overall. 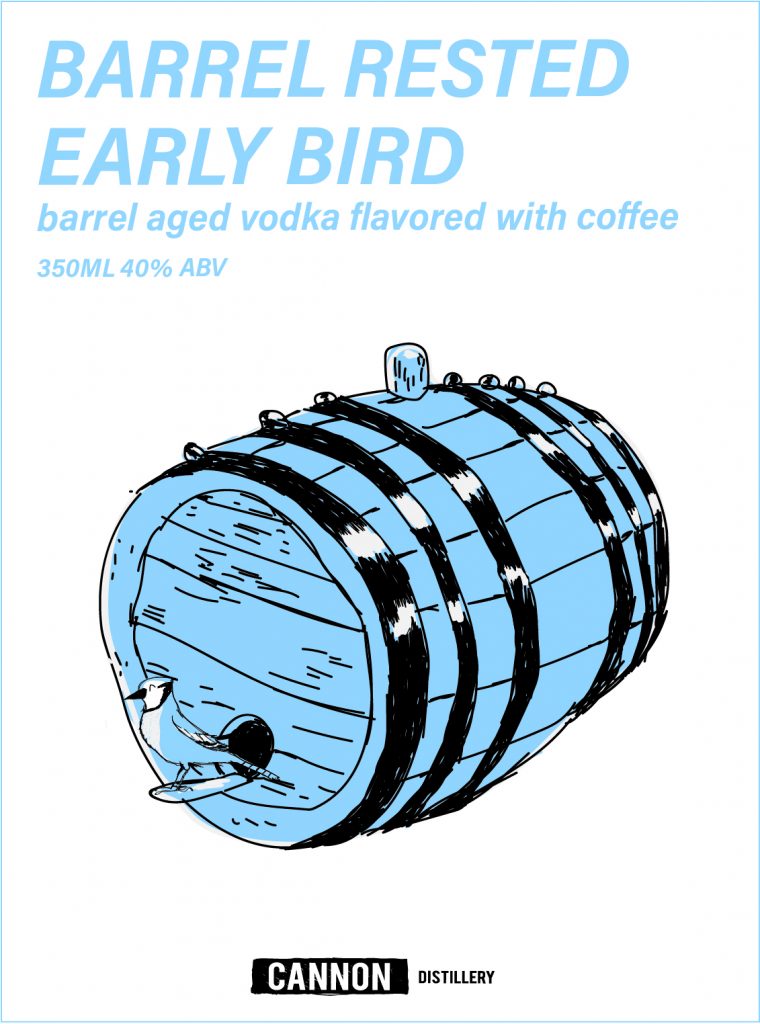