Cannon Distillery is an independent distillery based in Charleston, South Carolina. When we began talking about design elements for their flagship product, they wanted to focus on fun, handmade charm, and a simple design that would be eye catching on a bar shelf. The product itself was initially called Cannonball, later to be called Cannon Grit Vodka, as the vodka itself is distilled from corn meal sourced from a local mill also based out of South Carolina. In the initial sketches, I wanted to make an image that the text of the logo and other label elements would fit around and on top of, and would be a narrative image that was designed to be wrapped around a very stout wide bottle.

Simultaneously, I was also creating a logo that could be used as a letterhead for the company, and included the CANNON logo, and a blue bird that would that would be included in each of the company’s subsequent marketing. 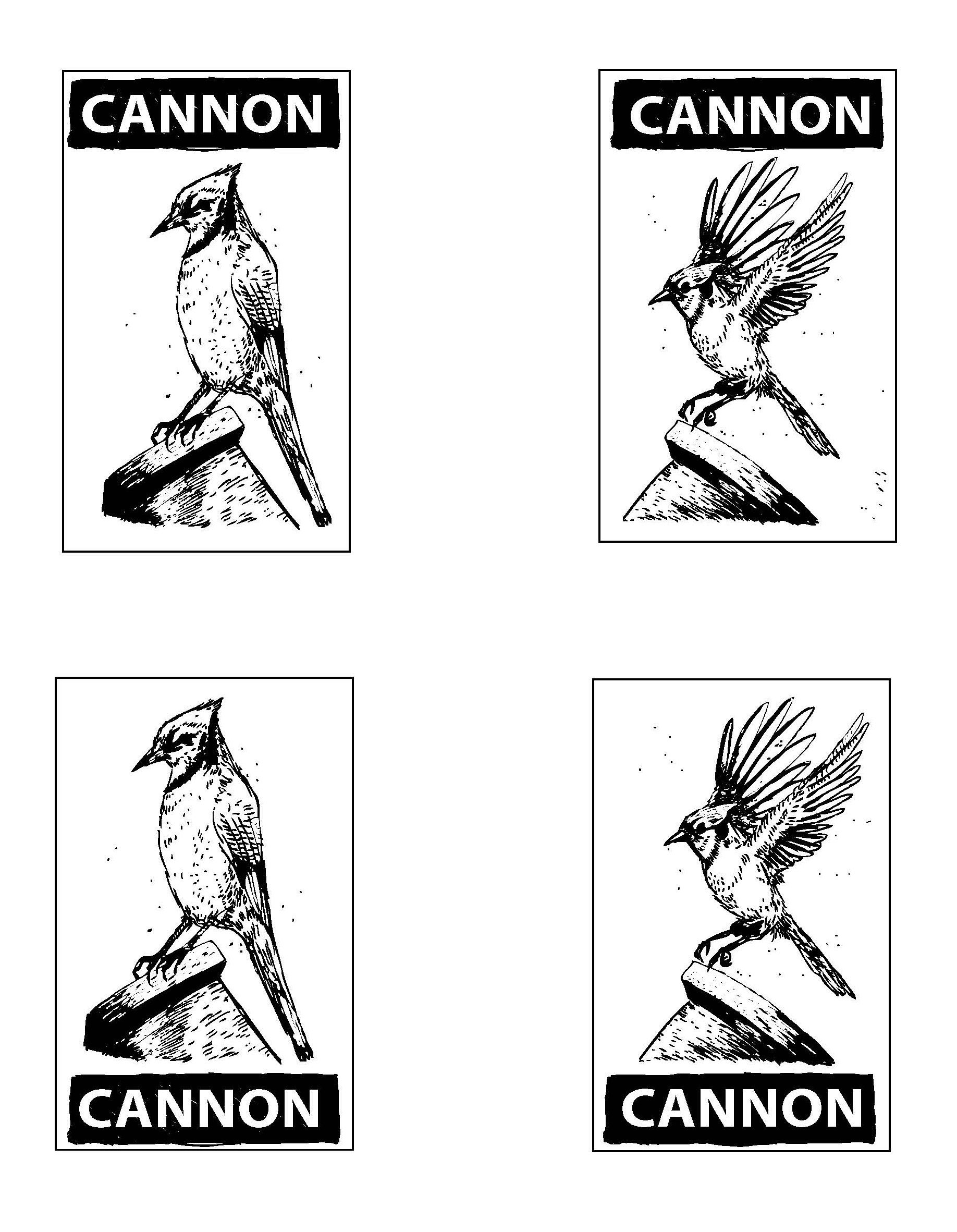 The feathers of the bluebird, the hand-drawn line work, the cannon and the cannon bar logo appealed to the company. An update to the type of bottles being used resulted in a more traditional vertical label style. I created a more vertical image of the blue bird feather sprouting from a cornstalk. Other elements from the initial sketch would be included in the design, the cannonball being made into a watermark for the back of the bottle, the hand-drawn lines being used as bordering box for the label elements. 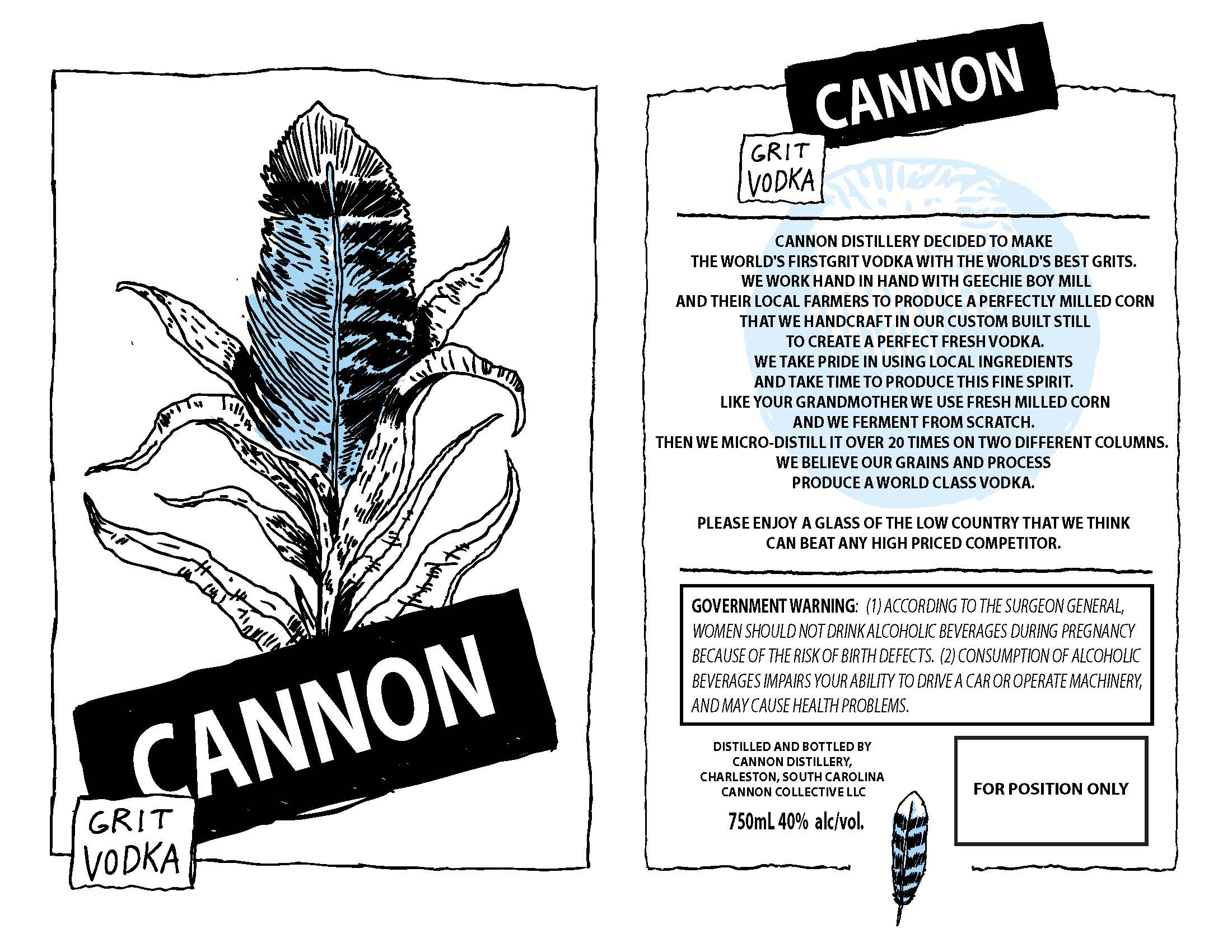 For the final printed version of the label, seen below, the surrounding box removed leaving a floating feather, the final package giving a clean striking look. The final version also included more elements needed to make the labeling up to legal code for sale. 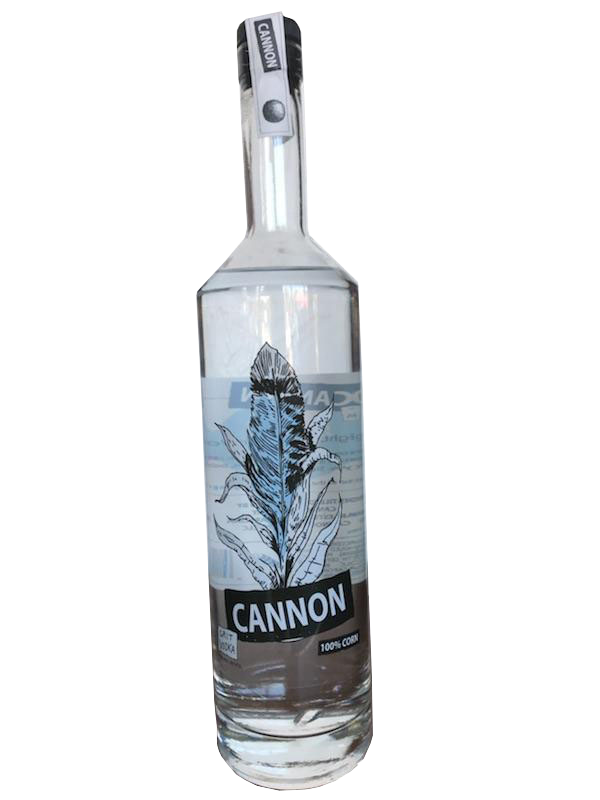 These elements can be seen in all subsequent marketing imagery. The below image is an example of a “shelf talker” created for use in liquor stores by the distributor, and describes the entire suite of the company’s vodka based products. 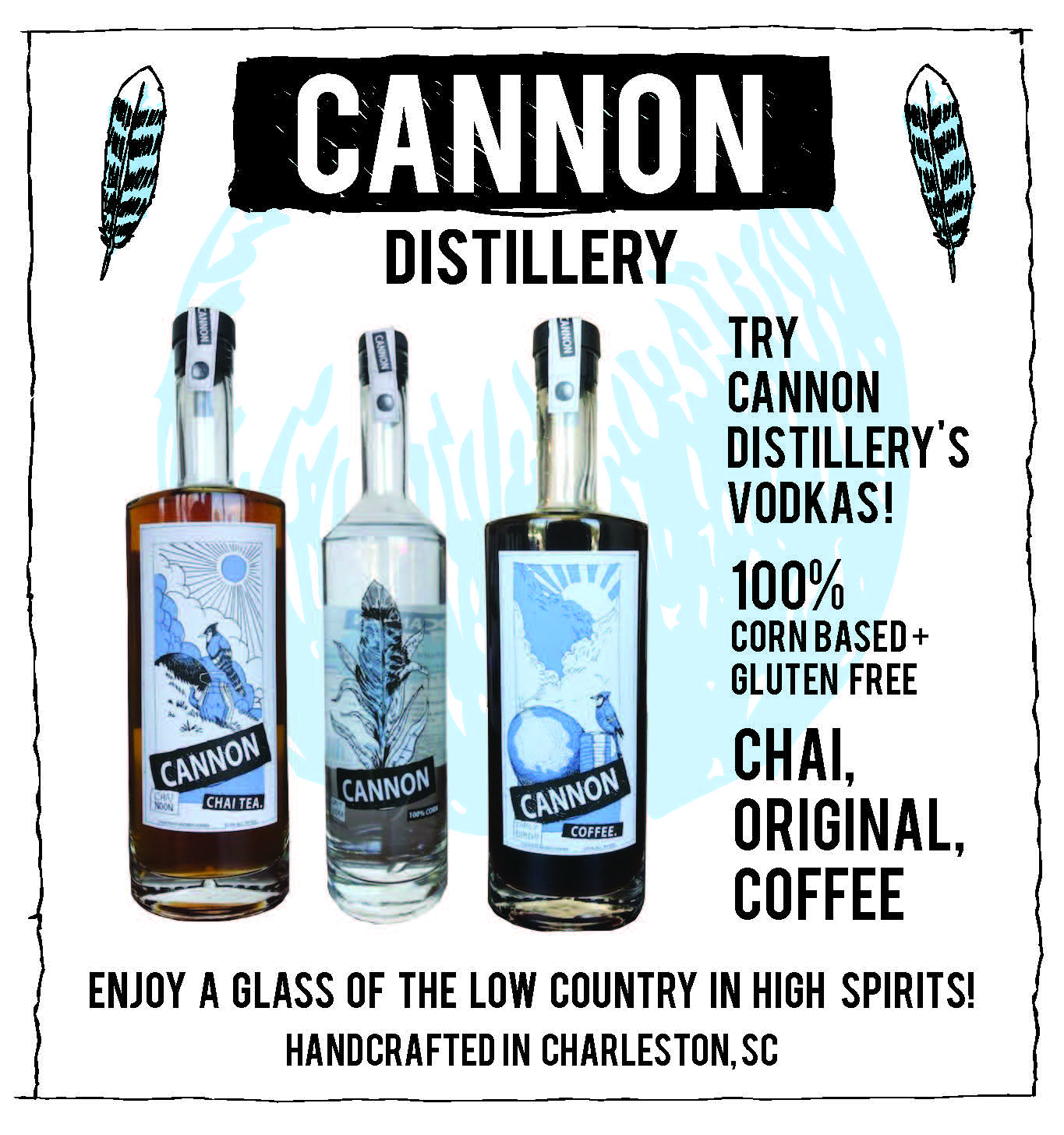